The emerging and steady increase of microbes that are resistant to antimicrobial treatments has become a global public health concern that threatens the effective treatment of infectious diseases, therefore, the development of new medicines with antimicrobial properties is one of the priorities of the health systems.

Cationic detergents, which, as a result of the combination of their surface activity and bactericidal properties, are promising for use in pharmacy and medicine. One of the representatives of the cationic surfactant group is polyhexamethylene guanidine hydrochloride (PGMG-GC) which was shown to be less toxic compared to some other disinfectants and effective against a wide spectrum of microbes.

The aim of the study was to determine the acute toxicity parameters of a highly-dispersive silica (HDS) and PGMG-GC composite in mice after intragastric administration.

The study was carried out on 23 BALB/c female mice weighing 18–22 g. To determine the toxicity, the animals were divided into the following groups. The first group was intragastrically injected with a composite of HDS and PGMG-GH, the second group was given a suspension of HDS, the third group was given a solution of PGMG-GC, and the fourth (control) group was treated with water for injection.

The mass of the animals was determined before and on the 3rd, 7th, and 14th day after the composite administration. Administration of PGMG-GC or PGMG-GC + HDS composite caused significant decrease in body weight at 3rd and 7th day compared to control with further normalization on day 14. No significant changes of body weight were found in HDS group.

No death of mice occurred after a single intragastric injection of the HDS + PGMG-GC composite during 14 days of the study. For the solution of PGMG-GC (without HDS), lethal cases were reported 2 h after the treatment at a dose level of 400 mg/kg. The condition of the animals survived normalized and, by the day 14, it corresponded to that in the control group for the most of the signs of toxicity indicating the reversibility of the toxic effect of PGMG-GC.

Therefore, PGMG-GC is less toxic whet it is used as a part of the composite. Since no lethal cases were reported after a single intragastric administration of the composite at a dose of 2 000 mg/kg of body weight, the composite HDS + PGMG-GC appears to be low toxic according to the classification of substances by toxicity. 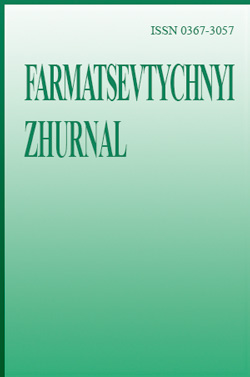